The plan to release the 45 Foiling Nacra 17’s first batches on June 26, has received the support of World Sailing. 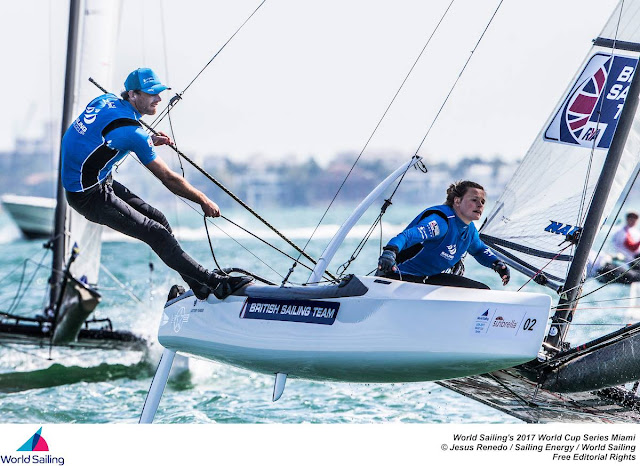 World Sailing itself has confirmed this news. As stated in the released NoR, the European Championship, will be a foiling event, and the La Grande Motte, World Championship that is going to take place in France, will also be a foiling race and Nacra 17’s will be used in the event. Not only this, but also World Sailing has announced that its partner Aarhus, and the World Sailing itself will hold the Aarhus test event, and it will also take place in Foiling Nacra 17’s.

According the reports published in different media, both the Board of World Sailing and Nacra 17 Class Executive recently reviewed all options of transition in foiling Nacra 17 and also debated.

With this confirmation, there is another move that World Sailing is going to have; it will review the plan of the body for the Sailing World Series (SWS) in Japan in October 2017. Meanwhile, it is expected that the event of the Nacra 17 will be cancelled for this year. Reason for the same is unavailability of foiling Nacra 17’s in sufficient number and people’s less interest in the race. In this regard, shortly the World Sailing authorities will make an official announcement.

The news is a disappointment for those teams who were not able to get the boats during the initial allocation of the boats or prior to the World Championship. However, people should wait for the official confirmation of news before running to any conclusion.